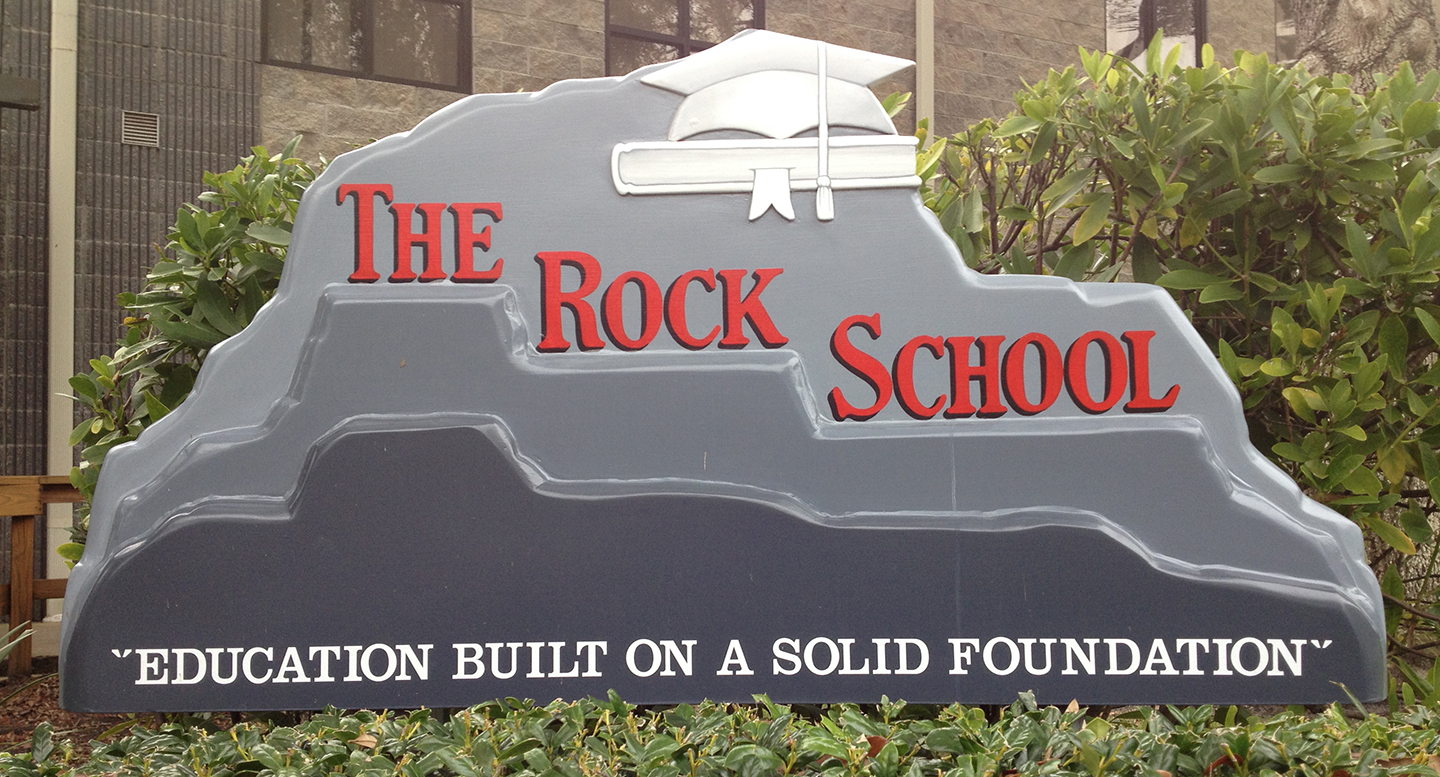 The Rock School began in 1993, founded by Pastors George & Suzanne Brantley as a ministry of The Rock of Gainesville, a local non-denominational Christian church. The vision then was a simple one – to provide Christian families an affordable alternative to public schooling. Over the past 25+ years, the vision has greatly expanded to include programs of excellence in academics, Christian discipleship, leadership, service, athletics, and the arts.

Drawing from a thriving church with a large membership, 80% of the school’s enrollment came from within the The Rock Church’s membership during the first decade. Beginning in 2000, the enrollment began to shift as the school leadership became more intentional about reaching the broader community. Today, the school boasts its largest enrollment in school history – nearly 450 students – tripling in ten years time. In the process, we have truly become a community school, with more than 40 different churches represented from across the denominational spectrum.

Today, The Rock School boasts a student body that is truly reflective of the diversity of our broader community. As a university town, Gainesville has a rich diversity and that can be seen in our school as well. With a robust financial aid program to support our efforts, our school now represents every socioeconomic class as well as large numbers of various minority groups. With the addition of an international student program in 2004, we now also serve about 30 students from around the world each year, with representatives from 40 different countries and six continents attending our school over the past fifteen years.

It is easy to look back over the past 25+ years and see how God has taken The Rock School from “glory to glory.” It is obvious His hand has been upon the school, evident by the provision we have experienced for many years, and how He has carried us and sustained us through some very difficult and challenging seasons. The letters from alumni that pour in each year testify to the significant impact that the school has made on its graduates, and the rising number of second-generation students demonstrates the value that these former students see in the brand of education that we are providing.

In 27 years, The Rock School has had just two headmasters, three principals, three preschool directors, and two office managers. Nearly half the faculty have taught here for at least ten years. This clearly speaks to the commitment we all feel to the vision of The Rock School.